Endometriosis is the development of uterine-lining tissue – the endometrium – outside the uterus. The symptoms of this disorder may include abdominal pain, heavy periods, and infertility. 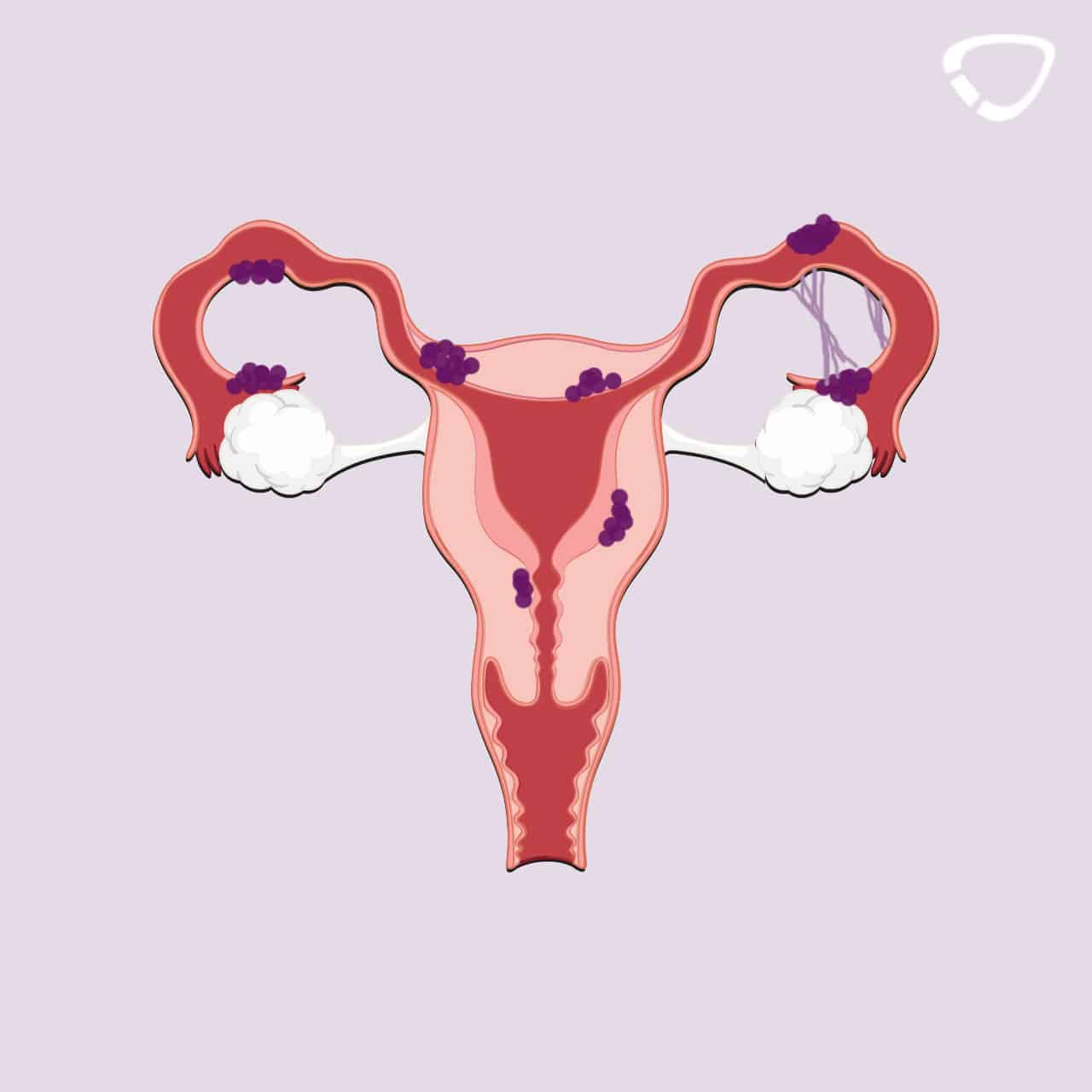 Endometriosis is a chronical and benign disorder, in which tissue that normally lines the inside of your uterus grows outside your uterus, for example in the peritoneum or in the ovaries.1,2,3 Endometriosis is due to the attachment of mucous membrane cells to an organ outside the uterus. These endometriosis implants lead to bleeding caused by the body’s natural process during the female cycle. However, when these cells are located at their usual place at the uterus, the purpose of the bleeding is to cause the endometrium to shed. When you have endometriosis, the bleeding occurs outside the uterus and the endometrium is not shed. In simple terms, this means that the menstrual cycle takes place at the wrong place.

According to the World Health Organization WHO, endometriosis is defined as an illness, however, it is not always detected as some women are not affected by any symptoms. The cause of endometriosis is not known, so it is impossible to prevent it.

Endometriosis is a broad field experts have difficulties with. Below you will find an overview of all the important information.

What Symptoms Could be Indicators for Endometriosis?

It is difficult to diagnose endometriosis on the basis of the symptoms as only 65% of affected women notice them.4 Here you will find a list of possible symptoms. They could also be connected to other illnesses though.

Disturbances throughout the menstrual cycle like period pain could be endometriosis symptoms. They are due to the growth of uterine lining outside the uterus according to the changes in the female cycle. The shedding of the tissue is due to the bleeding. The tissue has no way to exit the body outside the uterus, causing painful bleeding. This is called a secondary dysmenorrhea. Getting your period very frequently (polymenorrhea) could also be a symptom of endometriosis.

Abdominal pain that is not connected to the monthly cycle can be caused by adhesion and damages due to endometriosis. The illness can also cause a painful inflammatory reaction as it is in contact with nerves.5 Abdomonial pain can become chronic, thus leading to a reduction in life quality.4

When the intestines are affected by endometriosis, symptoms like nausea, bloating, pain during defacation or blood in stool might also occur.4

In connection with endometriosis, some women suffer from burning or cramping pain during or after sex.4 When the suspensory ligaments of the uterus or sites of the uterus between uterus and bladder are affected by endometriotic implantation, you might feel pain during sex due to the mechanical displacement of the organs.6,7

Endometriosis can manifest itself with backache only. The back pain might also occur with further endometriosis symptoms. It is caused by inflammation of the small pelvis.8

According to estimations, 30 to 50% of women with endometriosis are affected by infertility.9 This could be due to adhesions of the fallopian tubes.10 However, if you have endometriosis, a pregnancy is still possible. What’s more is that there is no final conclusion on whether there is a connection between endometriosis and infertility. Furthermore, the chances of falling pregnant can be raised by hormonal stimulation and intrauterine insemination.11

Apart from physical troubles, endometriosis can have further effects on health and life quality. Women with endometriosis are often impaired in their social life, emotional well-being, sex life or energy and vitality level.12 Negative impacts on professional life13 as well psychosocial strain are also possible.14

Endometriosis is the second most common gynaeological illness right after benign tumors (myoma).4 It can arise after the first period. The chances of developing endometriosis rises up to menopause and drops rapidly right after it.4 It is usually diagnosed between the age of 20 and 40.15 According to studies, 5 to 10% of all fertile women suffer from endometriosis.4 The illness often remains undiagnosed16 as pain, cycle disruptions or possible infertility is only developed by 50 % of all patients.4 Endometriosis is the cause of infertility in 60% of women who try get pregnant unsuccessfully.3

Despite many years of research and numerous theories, the causes of the illness are still unkown.

The diagnosis of endometriosis can be delayed by many years, despite severe pain, as some doctors don’t take the pain seriously and trivialize it.1 The diagnosis starts with a detailed doctor-patient discussion where the patient describes her troubles. The next step is a gynaecological examination in which the doctor localizes the pain points. Depending on where the endometriosis implants are believed to be located, a sonography through an abdominoscopy with a histological examination or a magnetic resonance tomography (MRT) is performed.4 However, the only way to detect the illness for sure is through an abdominoscopy with tissue resection.3

The treatment of endometriosis must be carried out individually and depends on whether you would like to get pregnant or not and if your life quality (e.g. due to pain) or the functions of affected organs are impaired.2 It is not necessary to get endometriosis treated if you don’t suffer from any pain or the functions of your organs are not affected and if are not currently planning to get pregnant.

It is often recommendable to get the illness treated, especially if you are suffering from pain and don’t have a wish for a baby at the moment. In some cases pain killers reduce the discomfort to a bearable level or even eliminate the pain entirely. It is also possible to simulate a pregnancy by taking a gestagen-only pill, which leads to a decline in the oestrogen level, thus alleviating endometriosis symptoms. However, this won’t result in a significant improvement.4

The endometriosis implants can be minimized by lowering the oestrogen level. Usually, the gonadotropin-releasing hormone (GnRH) binds to its receptor, causing the release of oestrogen. By taking synthetical GnRH analogue, the receptors are being blocked and the natural GnHR can’t connect. Synthetical GnRH analogue also cause a short-term rise in oestrogen, however, in the long-run it results in an oestrogen deficit. This leads to the absence of the period as the endometrium does not thicken. The development of endometriosis is therefore prevented. This type of therapy is not prescribed for a longer period than 3 to 6 months as it would then have a negative effect on the bone density.4

The add-back therapy is a combination therapy. The treatment involves taking GnRH analogue and additionially a small amount of oestrogen as well as or progesterone. This prevents a possible loss of bone density due to the low level in oestrogen. Thus, this treatment can be applied for more than 6 months.4

Endometriosis can be categorised in 4 stages:4

The first stage, the so-called minimal endometirosis, is characterized by small implants which are not bigger than 5 mm.

The implants are bigger than 5 mm. Adhesions and bleeding in the fallopian tube and the ovaries are also typical.

Adhesions in the small pelvis as well as endometrioma including ovary cysts (usually benign), bleeding and endometriosis implants around the bladder.

Endometriosis is located near the bowels, the bladder, the appendix, in the liver or the lungs. Acyclic bleedings occur, too.

Endometriosis implants of stage I and II are often treated with medication, e.g. pain killers, the micropill or gestagen pills which reduce the oestrogen level. The symptoms can be alleviated this way but the illness is not cured.4 Stage III and IV endometriosis should be removed by surgery and be re-treated with antihormonal medication by a gynaecological endocrinologist if you would like to get pregnant.17

What can I Do if I’m Affected?

First of all: Don’t panic! The illness is rather common and by diagnosing it, it can be treated adequately. Your gynaecologist should be your first place to go. He or she will explain, to what extent your endometriosis symptoms require treatment. The diagnostic findings will indicate the type of treatment.
Although endometriosis can’t usually be cured, treating it helps to relief pain and discomfort, ideally over a long period of time.4 There are also support groups, which help to deal with the illness.18

Changing your diet might also be helpful.19 The perfect diet is based on the rules of the German Nutrition Society (DGE): A diet rich in cereal product and potatoes, 5 servings of fruits and vegetables a day, little fat, sugar and salt. Furthermore, it is important to drink lots of water and exercise regularly.20 A diet high in fibre and b vitamins as well as healthy fatty acids and phytoestrogens (secondary plant compounds contained in legumes, flax seed and cereals) has a positive effect on pain and inflammation. Borage oil, evening primrose oil, inseed oil, hemp oil and black currant are also recommendable. Animal fat should only be a small part of your diet or can be omitted entirely (exceptions: cold water fish and eggs). The same applies to trans-fat acids contained in crisps or puff pastry or omega-6 fatty acids contained in safflower oil or sunflower oil. You should also avoid animal products from industrial livestock farming because hormones and hormone-like substances are used during their production.19

In order to get a clear diagnosis, it can be very helpful to monitor your menstrual cycle. You learn a lot about yourself and what’s happening in the course your monthly cycle, e.g. how long each cycle takes, if your cycle lengths vary a lot, when ovulation occurs and when your period is due. If you monitor your cycle, you also learn to distinguish period pain from pain that might be due to endometriosis. Note down when and where you feel pain as well as the intensity. The same applies to menstrual bleeding and spotting.

The fertility monitor cyclotest myWay allows you to input your cycle lengths, ovulation symptoms and further body signals in the course of your cycle. Apart from taking your basal body temperature, you can enter the date of spotting, for example. The clear collection of your cycle data can be helpful for diagnosing any cycle abnormalities during the check-up at your gynaecologist.

Getting to know your cycle means that you can identify illnesses like endometriosis more easily and to recognize the difference to PMS (premenstrual syndrome) symptoms because both come with very similar symptoms. This knowledge can help you feel more comfortable and confident about the monthly activities in your body. 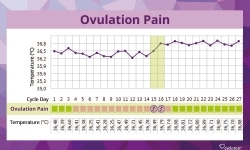 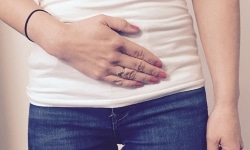